You probably won’t remember, in fact I probably didn’t relate to you, that the smelly old man downstairs was carted off to the knackers yard last year because he got stuck in the bath.

Briefly, for those who don’t remember, I was “home alone” and heard some banging that I initially thought was someone doing some DIY. It wasn’t until 11pm when the banging continued that I realised something was amiss. Nipping outside I managed to determine that the banging wasn’t some late night Tommy Walsh but probably the old man in the flat below had come into some sort of mischief. The police were called, who in turn called an ambulance and, long story short, the old man was prised out of his cold bath, bundled into an ambulance and shoved into some sort of “sheltered housing” wherein he now shits and spits where disgruntled Polish nurses can clean up after him. No doubt they also force feed him pureed parsnips in some sort of perverse preparation for my turn in the Old People’s Home Of No Return.

Since those heady days of loud televisions, constant coughing and infestations of rats, wasps and mice we have had some new neighbours in Gnome-cake Towers. A young-(44)-ish mother and her teenage daughter. Out goes the loud telly and farting and in come the late night Mother-Daughter arguments, door slamming and complimentary sobbing.

Last week, Mrs Downstairs went to Ireland. It transpires that previously they (or at least she) lived in some remote part of southern Ireland wherein the nearest neighbour was some distance away. Mrs Downstairs returned to the Emerald Isle with a van in an attempt to fetch the remainder of her stuff, which I assume was in storage. 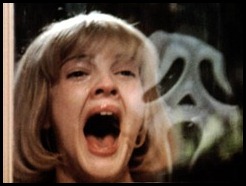 A whole week with no shouting, no loud telly but just the occasional slamming of badly council fitted windows and doors. With Thursday being the exception when, Teen being a teen, a small soiree took place. Five girls, the Glee soundtrack, cigarettes (possibly some dope) and a bottle or two of Blue Lightning or White Nun or whatever underage beverages are of choice today (In my time it was kiwi MD20/20).

Fruitcake was getting a bit tense by about 10pm when the noise hadn’t abated but by 10.20 the doors were banged and I assume the teens reduced their noise with some consideration culminating in peace and quiet returning to Warwickshire at about 10.40pm. By morning, the only sign of late evening revelry was a couple of fag buts and an empty bottle, possibly Tesco’s Value Turpentine substitute.

In the mid morning I saw the Teen. Smiling sheepishly at me, as she does, she politely said hello. I asked her how her party went the previous night. She replied with apologies and platitudes for any noise and explained that her mum was away in Ireland and was back later that afternoon. We chatted lightly and, using my journalistic skills, I managed to glean further information from our mysterious new neighbours while pointing out that the scary tapping she had heard at night was Quincy the cat trying to get out of the cat flap and the hint that the walls were like paper.

A penny seemed to drop.

I let it lie there.

Spin forward in time in one of those wibbly wobbly screen dissolves to today.

There comes a tap tap tapping at my chamber door. No, not the Raven, but Mrs Downstairs. Chip on her shoulder apparent immediately. Not something I had said or done rather something that Mr Gardener-Nextdoor had obviously said to her regarding the mass of branches felled from the tree out at the front which had lain their since the Autumn.

Promises were made. Promises backed by annoyance at having been told off by someone who seemingly has no business complaining about piles of decaying leylandii. Excuses given. Given to both the right person and the wrong person.

Mentions of the back garden.

Did I mention the back garden? No it seems I didn’t.

During the summer, house clearance people came and cleared the old man’s flat out and demolished and emptied his two sheds. Apples were thrown about the place, larks were had and a couple of trees and a fence saw their demise. Before the new people moved in, the garden looked rather good, if not still a little overgrown.

Now, it seems, Steptoe and son have come to some arrangement with Mrs Downstairs. Instead of useful stuff from storage, the silly bint has brought, what can only be described as, a scrap yard over on the ferry. Perhaps she emptied the wrong lock up. Who knows.

As I said, apologies were given about the kip of the back garden. Promises made regarding the imminent arrival of fencing material, a six foot gate and some tree felling. Apologies regarding any noise.

In return I listened, placated and smiled reassuringly while inserting titbits into the conversation regarding reciprocal noise, door slamming, rampant terriers and nosey busy body neighbours. Seeds were sown. Hints were dropped. Deals alluded to.

On her side? Promises.

As I frequently say “Words are but wind”