[Crossposted from Livejournal with some text alterations and whatnot]

All I want to do is escape to the seaside at the moment. Don’t know why.

I looked at Google maps today and worked out that it would take me 46 hours to walk the 141 miles from work to Cromer although I’m not sure entirely how much of that walk would be practical. Moreover, as Google Maps says it would take me just shy of 6 hours to walk home the 19.3 miles along the A361 and Jurassic Way, I don’t think I’ll be walking to Cromer in any hurry.
I could catch a plane for £180 return for a three hour flight to Norwich from Birmingham or catch a combination of buses and trains on a 6 hour journey via Central London for an unknown cost or I could drive 150 miles for 3 and half hours and ramp up the mileage on my leased car. Either way that would be costly.

Of co​urse, once there, what would I do? 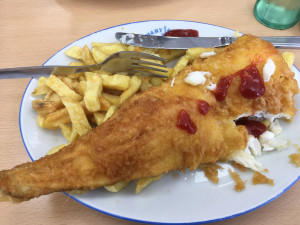 Well first off I’d have fish and chips at Mary Janes. It would be a large cod-like fish with a bread roll (buttered) and a pot of tea. Even though fish, chips and bread roll is quite filling for me these days, I’d probably have room for an ice cream. So after my meal I’d meander down Garden Street towards the Esplanade in search of ice cream.

While I’d prefer to eat a sundae seated indoors, ice cream parlours in Cromer (or at least my knowledge of such) are lacking so I’d settle for a cone, scoopy rather than whippy, with a Flake™ , nut topping and green or red syrup. I could then take it down to the sea front to sit and eat while the world passes me by. Elderly gentlemen on their bikes will greet ladies promenading, children will laugh and play in the distance in a non-irritating fashion and somewhere on the pier, a brass band will play “Tiddly Om-Pom-Pom”. Seagulls would swoop and dive, eating discarded chips and fighting over cigarette butts and the sea would lap the shore rhythmically but calm. 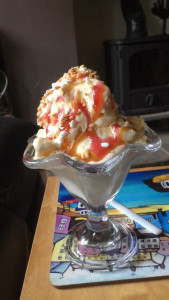 Ice cream eaten, I’d walk along the pier to the bar at its end, taking in the smells of freshly cooked doughnuts and candy floss along the way. I’d pass young dads teaching their eager to learn young lads how to fish or catch crabs using a crab ladder from the pier. The sounds from distant penny arcades and fair ground rides mixed with the clopping of shoes against pier boards.

Reaching the bar, I’d have a pint of whatever local ale was on offer and sit near the window to read and watch the distant wind turbines. Newspapers these days are trite and full of misinformation so instead I’d have a book with me. Probably something by Scott Meyer, Mark Billingham or James S. A. Corey. Or maybe a British seaside travelogue akin to Attention All Shipping or Pier Review. It would be relaxing, unrushed and no pressure.

An hour or so later I’d be sufficiently relaxed enough to move on and I’ve not really thought about where I’d stay. Ideally I’d have a flat above a shop in the town centre, or maybe access to a little cottage down one of the back streets on the outskirts of the town. Failing that extravagance, I’d settle for a room in a B&B.
The B&B would be run by a couple in their late sixties. A typical guest house with a bar and a dining room for breakfasts, that strange fusty smell one might also experience in old caravans in the communal areas. The room itself cosy with pictures by local artists hung on the walls, tea making facilities and a table and chair in a bay window to facilitate writing. The view would be of the street below stretching down towards the coast, a tease of blue sea taunting from the distance and the occasional squawk from a seagull to remind me I’m by the sea.

Relieved of my belongings and refreshed by a shower, a return to the town in search of an evening meal would be on the cards. Something light though as the weight of fish and chips for lunch would be lingering. I imagine light refreshment in the form of a high tea of crab sandwiches, tea and cake would be most fitting but as such dining is not fashionable these days, I’d probably have to settle for something more substantial. 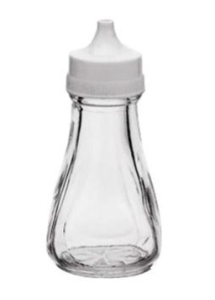 Again, my geography and knowledge of Cromer’s nightlife is lacking. Places to eat of an evening may be diverse but they may also be limited. The safest bet would be to head to a chain pub for a steak or something, alternatively British towns nearly always guarantee a Chinese or Indian restaurant nearby. Either way I wouldn’t really starve. If I wasn’t staying in a B&B, I might even consider a take away pizza or perhaps just something basic like home cooked bacon sandwich with sausage and chips. The chips covered in salt served from a cellar with a white plastic top, and vinegar from a fluted bottle with a glass stopper.

Post evening meal, retiring to a room where there is a TV would be in order. Crap evening TV, classic Doctor Who, Juliet Bravo or a British film full of tense drama from the golden age of British movie making. Something like Ipcress File. Feet up on the sofa, cosy and reflective of the days adventures.

Next morning, following either a hearty B&B cooked breakfast or a substantial home compiled bowl of cereal and cup of tea, thoughts would turn to the journey back. But who really wants to go home? Nobody writes about going home with as much passion as going away. What would I need to sustain this existence of fish and chips, beer and evening strolls? Even on the most basic subsistence the costs would add up and the life of a vagrant is not one anyone in their right mind would choose to follow.
So what would be needed is a two prong plan of attack. A job that pays enough and a house to live in. What jobs in Cromer? Mrs Gnomepants V1.0 would suggest a career in reiki, my former careers advisor Mr Brophy probably doesn’t have any literature on the careers on offer in coastal towns of Norfolk. I could write, but every Tom, Dick and Harry is a fucking Jeffery Archer these days. Similarly with everyone channelling the spirit of Lord Snowdon and taking photos, photographer is also off the cards and nobody really makes money from Youtube except Google.

Shop work is tiring, poorly paid and retail is on its last legs anyway. Farm work and labouring is joyless. And with industry on its knees in the UK, there are no factories anymore. Teaching is for mugs so office work, although mundane, is the only option really left for me yet once again, nothing really worthwhile. Ideally, I’d hope for just a few days a week, four long days with Friday off perhaps. If I could paint, maybe I could sell watercolours on the pier. If I could entertain, perhaps I could ride up and down the prom doing magic tricks and being rude to tourists. Beyond that, apart from inheriting from a long lost relative, winning the lottery or finding the proceeds from a heist, the only realistic way to sustain a life like that is through regular work, especially as there are no high street banks to rob anymore.

In real life, realisation would hit and I would probably end up gloomy returning to my job and home. I’d also have to consider Mrs Gnomepants V2.0 who would also be joining me on this escape to the seaside. But this is a fantasy. A fantasy where I run away with my wife, away from work and the ties of occupational commitment. A fantasy of a better life with three kitties, a wife and where a daily diet of fish and chips and ice cream wouldn’t end in a tragic death by heart attack or diabetes. So I can fantasise about any job or occupation. Mrs Gnomepants V2.0 would probably want to run a book shop, opening every day except weekends, while making a tidy profit from not having any people come in to bother her with stupid questions like “Is this a bookshop?” or “Do you have that book, I think it’s got a green cover?” 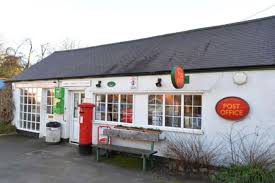 Me? My fantasy job would be rural Post Office clerk in a village stores, or maybe a specialist pizza restaurant, opening evenings only with dining by sitting rather than “random off the street when you’re quite ready Mr Chef” dining. Two sittings. Fancy pizzas. Expensive because they’re worth it. I would come in for a couple of hours a night, make the pizzas then go home, leaving the other staff to wash up and marshal the diners. Of course I’d get someone in to make the pizzas at weekends because only mugs work weekends. And, because I owned the place, I could choose when I worked and take 90% of the profits to sustain my lifestyle.

So there I’d be. Living in a seaside town with my lovely wife and kitties, making pizzas, existing on a diet of crab sandwiches, fish and chips and ice cream. Drinking beer at the end of a pier, watching the world go by and a television that’s somehow stuck on broadcasts of early 1980s Saturday evening TV. Living in a flat above a shop or in a cosy little cottage. Having escaped from the East Midlands in a lease car containing nothing but my gym kit and a dash cam.​