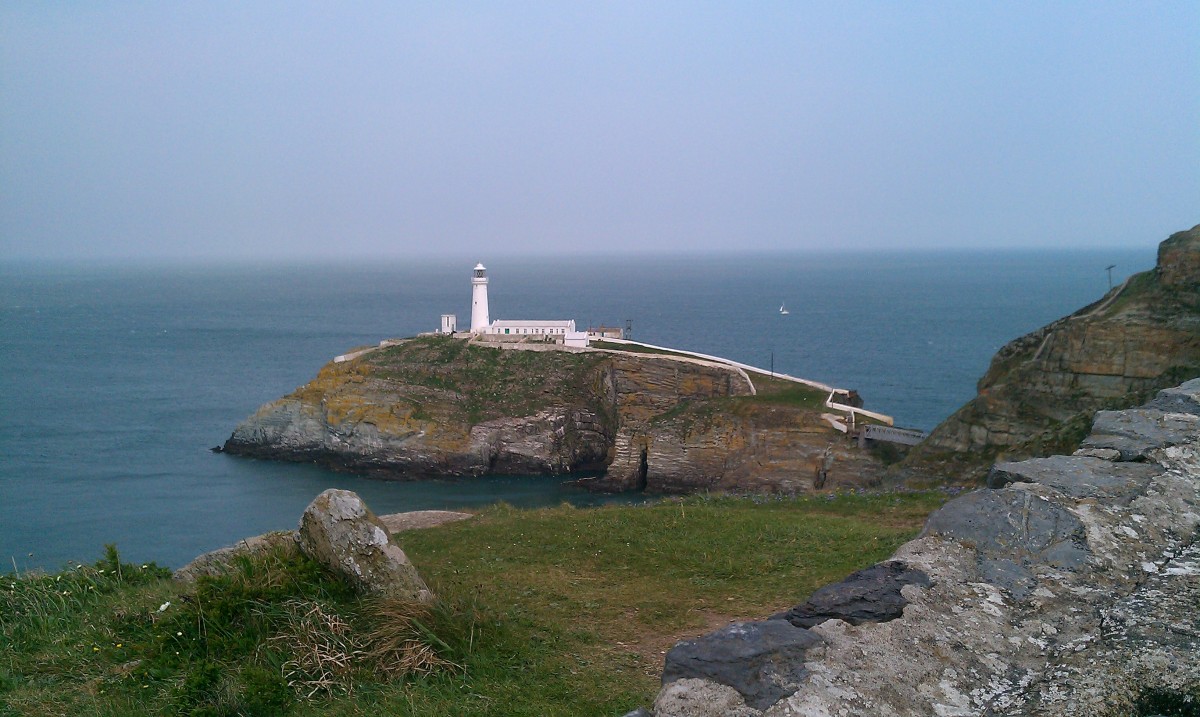 I love lighthouses. When I was a child people would ask me what I wanted to be when I grew up. Having consumed an unhealthy amount of Enid Blyton, Portland Bill and sea mysteries my answer was always a Lighthouse Keeper.

I fancied (and still do) being the stereo typical lighthouse keeper – growing a beard in my old age, wearing a white sweater and a cap, smoking a pipe and telling gullible children and their dog about stolen treasure hidden in caves.

Sadly, nobody told me all British lighthouses were subjected to an automation program that began in 1973 and the lighthouse keeper of yore was rapidly becoming a job similar to today’s milkman, fax machine sales person or  VHS repairman. But hey, I don’t hold much of a grudge….

Anyway, this is South Stack near Holyhead in Anglesey. Its a right rugged place to get to out but amazing views and thrilling scenery. Mrs Gnomepants V2.0 and I went there in 2011 for what became our traditional Easter break.