The Red Lion in Hunningham near Leamington Spa was once one of mine and the missis’ go to places to take visitors. They used to have these really cool comic book pages stuck to the wall in proto-hipster fashion and a slightly traditional menu. Then the frightful types swamped the town in their Audi people carriers with their children Flegm and Calendula , we moved and the pub became one of those places that serve plates with teaspoons of mushed up food topped with parsley for £50 a pop.

Before that though, and possibly one of the last times we visited the place, we had a visit from my old pal Nick (now playing a grumpy political commentator/photographer/artist in the Scottish play) and we took him to admire the proto-hipsterishness. While there, we noticed there was a model of a tractor by the nearby river and it became the perfect photo opportunity. Surprisingly, I can’t remember the visit ever being in January and looking at the trees and stuff, I think the date on the picture is wrong.

Every so often I’ll see a cartoon or infographic I like and I’ll save it. I used to save them to use as teaching tools when I taught apprentices about social media and the internet. I guess old habits die hard.

Long term readers may remember that at sometime in the past I worked at the University of Liverpool. At that time we had a functioning society and government, social media was in its infancy and we had no idea that Zuckerberg was constructing the tools for the demise of democracy. In those heady halcyon days, then as now, we often struggled for content despite our shiney new multimedia devices and I would often randomly snap pictures with my Sony Ericsson K750i. Many of these pictures are now deleted but a few remain. Today’s picture is one such image. Sixteen years is a long time and much has changed since the photo was taken. Here is the latest view. Trust me…it is the same place…

For some reason the auto post for this entry didn’t trigger. Usually I’ll write entries days ahead during busy times and the WordPress scheduled post thing isn’t always reliable. Anyway, I’ll back date these next two posts….

Aberdaron, on the western coast of North Wales, is, as many long term readers will know, my favourite place in the world. In fact, you can probably take it as read that I’d like to be part cremated and part buried. That way I can have my ashes scattered in Aberdaron and the rest can be buried there too with a commemorative bench and a statue and a fountain and a big old banner saying “Stegzy Gnomepants Loved This Place”. Perhaps with a commemorative bandstand too. And a band.

So here I am. Looking out to sea in 2004 when Mrs Gnomepants V1.0 and I took the crumblies for a weekend in Aberdaron at the Ship Inn or Gwesty Ship back when it was a quiet, cheap and cheerful place and still to appear in the Guardian and every middle class affirming Sunday suppliment since.

Back at the turn of the century, Mrs Gnomepants V1.0 landed a sweet gig working as part of a millenium fund funded project to do with artistic green spaces. The culmination of which was a topiary garden known as The Peace Garden. Her job was to show people around the garden and tell them the purpose of the project.  (See https://www.landscapeprojects.co.uk/copy-of-hulme-park for how it should look)

The garden is topiaried yew bushes laid out to spell the names of wild flowers. The main idea is that the bushes would grow out and tall, forming a maze. At the time, like the economy, it looked promising and sustainable, however, as this photo doesn’t show clearly enough, time and people are the enemies of all things green.

When I took this photo, nearly 14 years had passed since the garden was first planted up and you can almost see how some of the bushes have been removed or damage irrepairably. What you can’t see is there was also a lot of litter and discarded bottles around and behind me someone had damaged the board describing what the garden was and its purpose.

Much like the Millenium Waste Paper Baskets, the Millenium Benches and the Millenium Dome, the Calderstones Park Peace Garden shows how when governments give people money to spend on “what they like” without proper scrutiny, sustainability plans and forward thinking, things can seem a little wasteful nearly twenty years later. 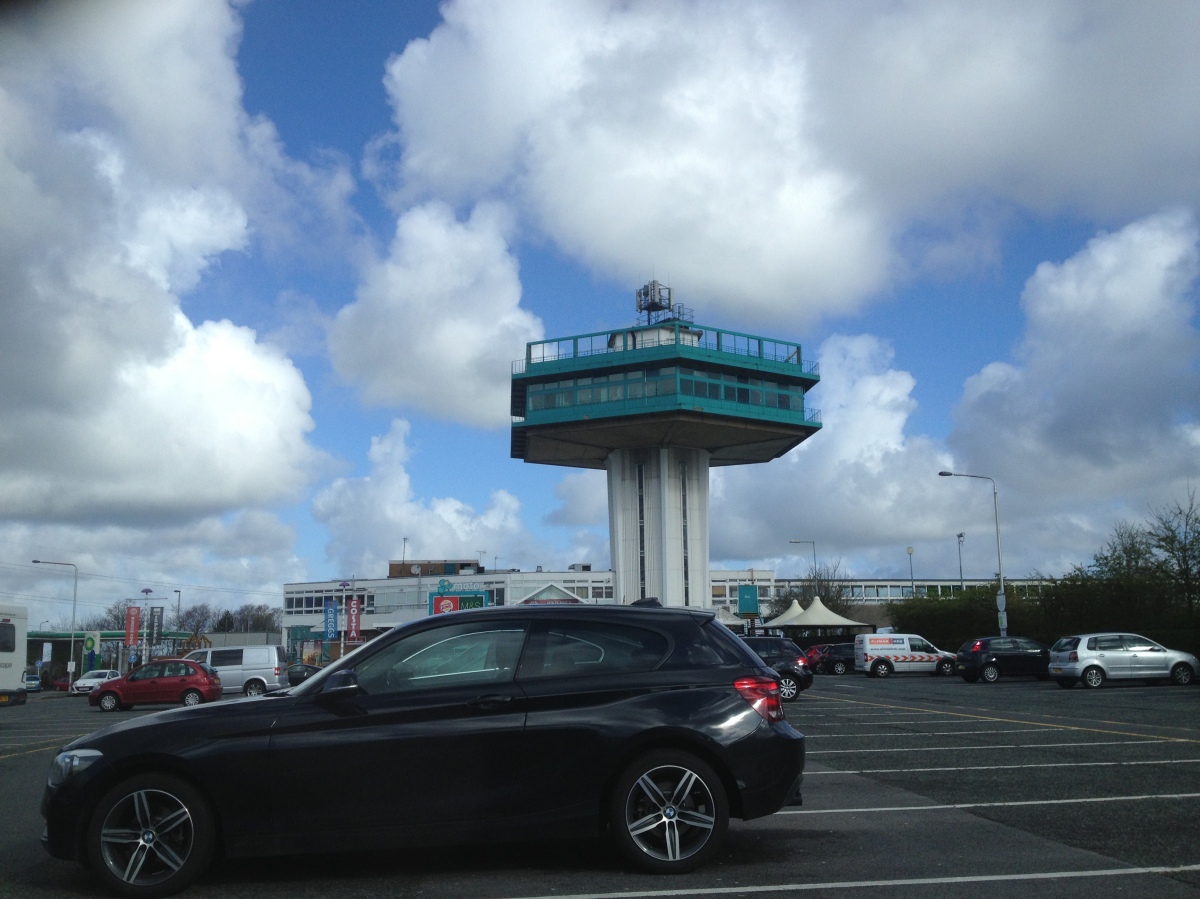 Forton is my second favourite motorway services in the UK, the first being Tebay which is 37 miles further north. In 2013 I made several stops there as my work at the time had me attending regular meetings nearby. The tower was once the restaurant of the services but was eventually closed on Health & Safety grounds due to the lack of emergency escape. It has a really good loo and also has a Burger King, a Greggs and an M&S shop.

I fondly refer to it as Fortran 90 services as a kind of nerdy “in joke” from my IT support days that would take too long to write out and explain here. But if you didn’t know, Fortran 90 was a computer programming language. Hilarious eh?

I thought I’d resurrect this meme I started but didn’t finish last year again. Likelihood is I’ll probably do a few then stop again, but hey, I’m a busy badger these days what with all the zombie killing and space faring I’ve got going on.

Anyway, long term readers (hello if you’re still reading), will remember when I lived in Yorkshire, my house backed onto the fabled Lane-with-No-Name, an access route for brewery wagons making deliveries at the village working men’s club at the end.

As you may remember, the lane often featured in posts due to the hive of activities recorded on hidden CCTV cameras there – well, my webcam at least which I would place in the back bedroom window with motion sensing software recording any and all activity there.

Dodgy types those Yorkshire folks you know. They’d get up to all sorts of mischief all of which would be caught on my camera and discussed on Livejournal. — who could forget the timeless classics of G-the-Human-Dog having a crafty fag and weird badger thing…..

100 years ago the coast around the Llyn Peninsula in North Wales was a hive of industry. Parts of the area was dotted with manganese mines and associated shipping docks and winch houses. It’s hard to imagine what it was like as these days it is an area of serenity and eerie beauty peppered with these industrial remains.

The winch you see in today’s picture would have brought manganse ore from the mines in buckets and then down to the waiting boat below the cliffs behind the photographer. Although the photographer, me, wasn’t born when this was a working winch and when I took the photograph, there was no ship waiting.

The building you can just see to the right was probably the office of the foreman who would have kept an eye on the winch workings incase of a problem. Now abandoned to the elements, spiders and sheep, it’s quite a draughty building now but the view hasn’t changed.

Today’s picture was taken in 2014 during a visit to Great Yarmouth. It depicts a fine example of the Millenial Waste Paper Basket Scheme of the late 1990s. Since then, I have endevoured to document these post industrial premillenial relics of well spent public funds during my travels around the UK.

Set up as part of Tony Blair’s New Labour’s Millenial celebrations schemes, those that gave us excellent value for money public investments such as the Millenium Dome, the Millenial Waste Paper Basket scheme was a joint enterprise between artisian metal workers, bearded artists and sandaled environmentalists. The baskets were sited in various locations – mostly parks, elevated places and coastal regions – with the intention to encourage the public to throw away their waste food wrappers in handy recepticals which would then be ritually set on fire.

I believe the intention was to have them ignited on regular occasions but, due to reallocation of funding to support the post 9/11 Iraq war and ultimately withdrawal of funding by the Conservatives in 2010, they have mostly remained dormant since their last ignition during the 2012 Olympic Games.

As you can see from this picture, there is not much waste paper in the basket as the local seagulls frequently steal the chip wrappers to line their nests but also, it was taken in 2014, nearly two years after its last ignition. These days, the waste paper baskets have mostly fallen into a state of disrepair and some, if not many, have been demolished, their original purpose often forgotten. However some have been inventively redesigned and reallocated into things as diverse as street food vendors and luxury accomodation.

That’s​ a huge piece of bread if you ask me… 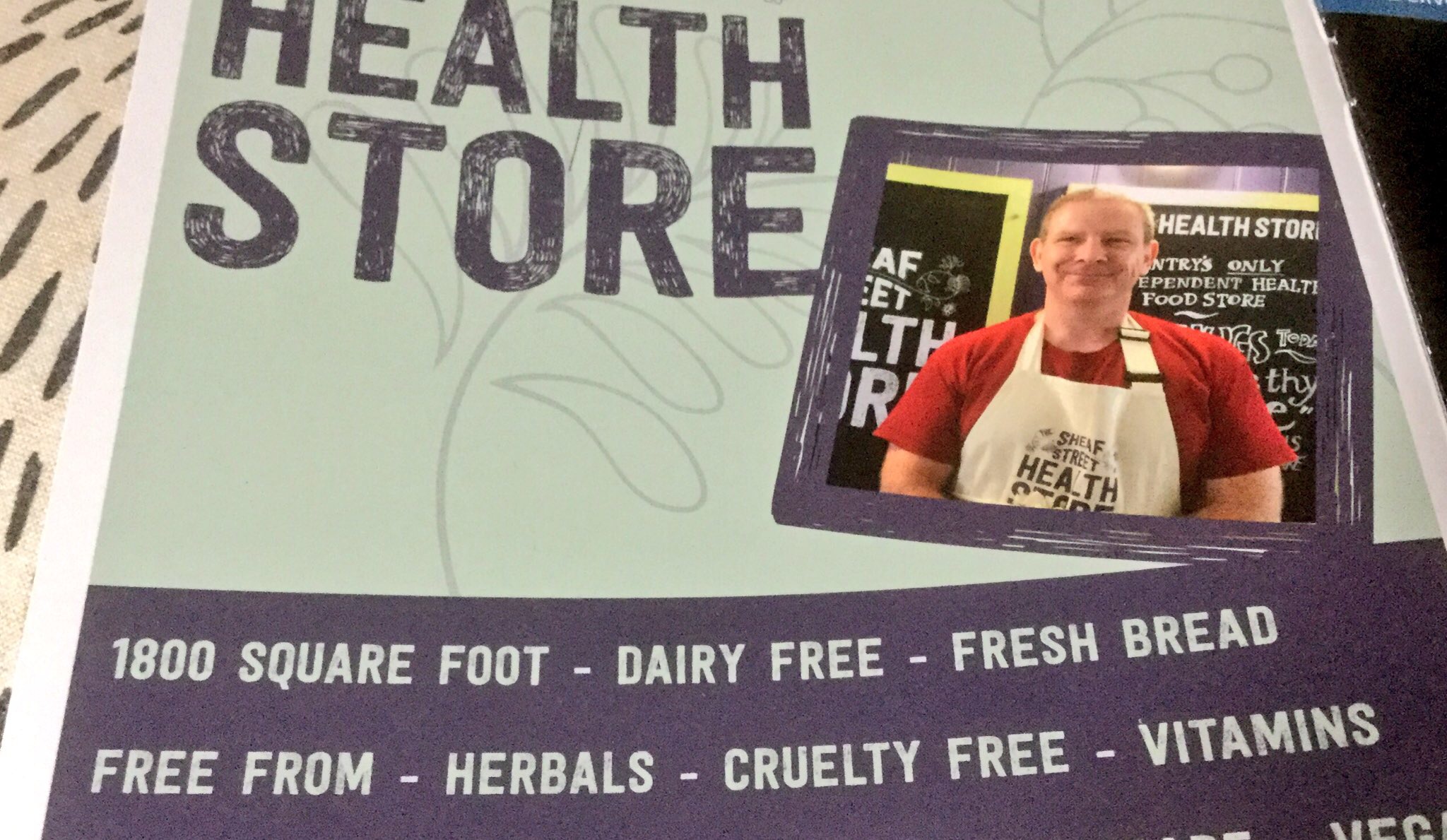 …and I don’t make much of the hipster vitamins but at least no rabbits were harmed.