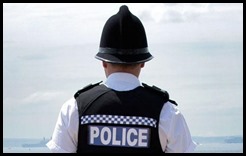 Tomorrow history is made.

Not something like the creation of a cure for a terminal disease. Nor (hopefully) some catastrophic event where millions of lives are snuffed out in a moment. Nor is it something like finding a teaspoon on Mars.

You read right. The British public….that’s me and the people around me….elect….as in vote for, like you would for say, a president or MP….. regional….as in local….. Police and Crime Commissioners1…..Big decision making honchos in the police force.

The end of an era. A moment in history.

So you would think that such a monumental moment in history would be heralded with fanfare, instruction and promotion. Well…you would be wrong. Here in sunny Royal Leamington Spa there has been little in the way of canvassing. 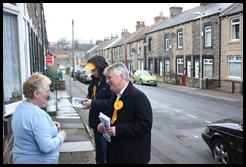 Much like during the local and general elections the half hearted mehness of the candidates is not giving me insight into who to vote for nor is it inspiring me to vote. Regular followers of my blogs (Hi Louenne) will probably remember during the local elections in Barnsley I challenged the candidates to come to my house and suggest why I should vote for them. Nobody did, so I voted for an outsider. I also complained of a similar lack of canvassing during the general elections.

I later wrote a piece about local MP Jeremy Wright who, until recently, had only discussed chickens once in Parliament, now seems to be a most prolific letter writer in his new job in the ministry of Justice2

For the Police and Crime Commissioner of Warwickshire there had been nothing much until Mrs Fruitcake received a card addressed to her from the local independent candidate Mr Ron Ball. [http://www.ronball4pcc.co.uk]

Ron Ball seems to be on the ball. A simple leaflet with a brief résumé, a picture of him and the statement “KEEP PARTY POLITICS OUT OF POLICING”. Nice.

Mr Ron Ball says that if he is elected he will :

Ensure no reductions in policing

That’s fairly honest. I mean what else could he say? Nothing, I noted about the commissioning of crime. But maybe he doesn’t really want to advertise that bit.

So like in Barnsley, as Mr Ron Ball was the only person to bother to send some information about himself and why he was standing even though it wasn’t addressed to me, he was going to get my vote.

Two days before the election a leaflet lands on the mat. This time from the LABOUR Police and Crime Commissioner Candidate – James Plaskitt. [http://www.jamesforwarwickshire.co.uk]

Hurrah! Someone else to consider. 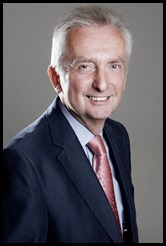 Mr Plaskitt says he will:

Make sure there are no reductions in policing

Ok. So that’s pretty much standard then. Then…at the top of the back page….

“I WILL KEEP POLITICS OUT OF POLICING”

How? Hang on, you’re the LABOUR PCC candidate. And you’re going to KEEP POLITICS OUT OF POLICING? 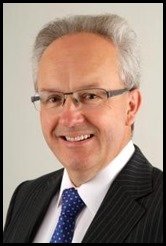 As yet Gnomepants Heights is still to receive propaganda from the Conservative candidate, Fraser Pithie [http://www.fraserpithie.org.uk/] . Being a Conservative area he probably thinks “I don’t need to do anything as people in this area automatically vote for conservative here anyway. I mean if Adolf Hitler was standing as a conservative then people here would vote for him.”

But no doubt he will say that he will:

Make sure there are no reductions in policing

While probably also keeping politics out of policing.

Hmmm. In all that’s like saying “Vote for me and I’ll do the job” which is to be expected. But it’s so confusing. It’s like being asked to pick your favourite pot of jam. Where all the jams are the same flavour and brand.

Especially as I notice a distinct sweeping resemblance. They all look the same. Perhaps they are. Maybe they are all the same person

So I’ll put the challenge out there.

I, Stegzy Gnomepants, challenge you to come to my house and tell me why I should vote for you.

I won’t tell you where I live. You must prove your policing skills by using detective work to find me. If you find me and tell me why you’re the person I should vote for you’ll get my vote. And a photo opportunity.

I’m not holding my breath. My challenge failed in Barnsley. However all this insight into the candidates might be in vain. During research for this article I came across several items about voter apathy. Interestingly enough, one about apathy in Barnsley. [http://www.bbc.co.uk/news/uk-politics-20301308]

I’ll let you know if anything happens.

1 – A person that commissions both Police and Crime? Who would commission crime? “Oh we need more burglaries in that area and we should have some more stabbings in that area….”

2 – Granted, Mr Wright is doing an important job in Parliament now and no doubt his wrist is swollen due to the 3-4 letters he writes each day. But my point remains, he doesn’t seem to be doing much specifically for the Coventry and Warwickshire area. He’s too busy you see….writing letters about prisons and the cost of jam in police cells.

One thought on “I’ll have you Copper…”